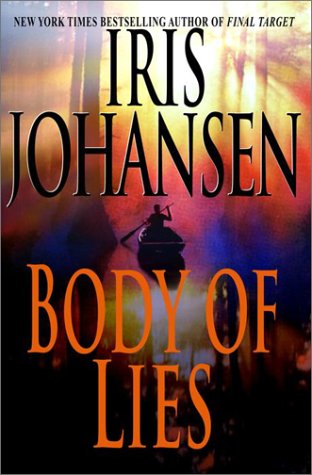 Forensic sculptor Eve Duncan is neither the cleverest fictional female detective nor the most original, but the meticulous care she devotes to her profession despite the emotional turmoil in her life makes her highly sympathetic. Here, she is tricked into leaving her adopted daughter, Jane, and cop boyfriend, Joe Quinn, to go to Baton Rouge. An influential senator and a fratricidal psychopath want her to work in a remote bayou to identify a battered skull, which may be all that remains of former senatorial candidate Harold Bentley. Duncan tries to reconstruct the skull's features, but it's hard to focus when someone has just tried to poison you and may be on his way to blow up your family. Duncan and wisecracking Sean Galen, hired by her Atlanta friends to protect her, are soon joined by potbellied reporter Bill Nathan, while in the shadows lurks Jules Hebert, a dangerous man of many disguises. First, Duncan's cook dies, then the cook's son, and then lies and dead bodies begin to pile up as Duncan struggles to finish the reconstruction and forgive Quinn for concealing the truth about her dead daughter, Bonnie. A barely credible anti-environment global conspiracy known only as the Cabal drives villains and good guys alike to violence as the story nears its explosive climax at an ex-president's funeral. Prolific bestselling author Johansen () builds suspense by thrusting Duncan simultaneously into the unknown and back into the arms of her family in a romantic thriller whose plot may not stand much probing, but whose humanity keeps the reader rooting for its heroine every step of the way.