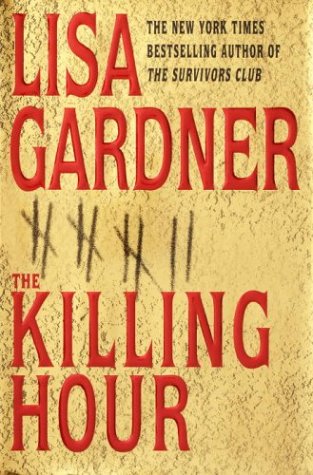 A cold case grows hot again in Gardner's sixth high-octane page-turner, a romantic thriller that features rookie FBI agent Kimberly Quincy. Kimberly is the daughter of Pierce Quincy, former FBI profiler turned PI, last seen in . She's a tough, troubled young woman still recovering from the murders of her mother and sister six years earlier. During week nine of the FBI Academy's 16-week training program in Virginia, she discovers the body of a young woman who looks like her late sister. Since the corpse has been dumped on a secured Marine base, the Naval Criminal Investigation Service is in charge, but determined Kimberly soon takes a leave of absence so she can team up with Michael "Mac" McCormack, visiting Georgia Bureau of Investigations Special Agent, along with her father and his partner, Rainie Connor, to prevent another death. Mac receives taunting mail and cell phone messages ("planet dying... animals weeping... rivers screaming... can't you hear it? Heat kills") that lead him to suspect a serial eco-killer who last struck in Georgia three years earlier, leaving seven dead women and one survivor. Sparks fly between Kimberly and Mac as they rush to rescue the eco-killer's latest victim, Tina Krahn. Gardner offers riveting glimpses of Tina's struggle to survive in an environmentally hazardous locale. With tight plotting, an ear for forensic detail and a dash of romance, this is a truly satisfying sizzler in the tradition of Tess Gerritsen and Tami Hoag.