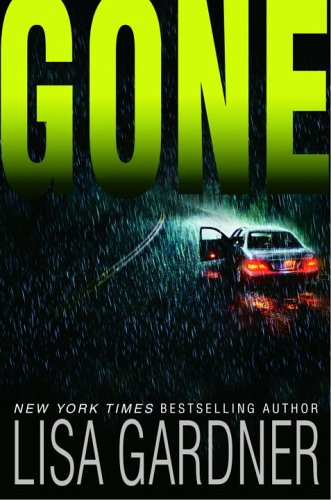 A terrifying woman-in-jeopardy plot propels Gardner's latest thriller, in which child advocate and PI Lorraine "Rainie" Conner's fate hangs in the balance. Rainie, a recovering alcoholic with a painful past (who previously appeared in Gardner's , and ) is kidnapped from her parked car one night in coastal Oregon. The key players converge on the town of Bakersville to solve the mystery of her disappearance: Rainie's husband, Quincy, a semiretired FBI profiler whose anguish over Rainie undercuts his high-level experience with kidnappers; Quincy's daughter, Kimberley, a rising star in the FBI who flies in from Atlanta; Oregon State Police Sgt. Det. Carlton Kincaid; local sheriff Shelly Atkins; and abrasive federal agent Candi Rodriguez, who specializes in hostage negotiation. Gardner suspensefully intercuts the complicated maneuvering of this bickering team with graphic scenes of Rainie bravely struggling with her violent, sadistic captor. When the rescuers make a misstep, he raises the stakes by snatching a troubled seven-year-old foster child named Dougie, who's one of Rainie's cases. The cat-and-mouse intensifies, as does the mystery of the kidnapper's identity. Sympathetic characters, a strong sense of place and terrific plotting distinguish Gardner's new thriller.