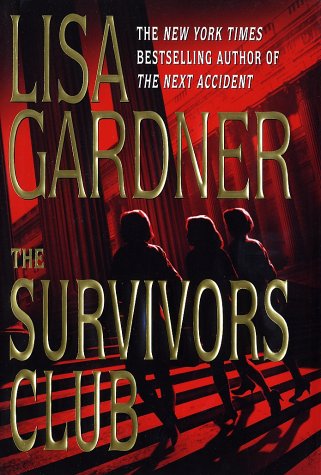 One cannot read this excellent new novel by bestselling author Gardner () without wondering what actors might play these characters, especially the detectives. (Russell Crowe in his Bud White mode should star as Roan Griffin, and Dennis Franz seems a natural for the rumpled and sarcastic Fitz.) A sensitive but tough Rhode Island state police detective just returned from a bereavement leave (his beloved wife has died of cancer), Griffin encounters a hell of a case: a serial rapist, Eddie Como, is professionally hit in the courthouse parking lot, but whoever set up the kill doesn't want any loose ends: a car bomb results in an extra-crispy assassin. The prime suspects for this crime are Eddie's surviving victims: Jillian Hayes, who was beaten when she nearly caught the man after he raped her young sister, Trisha, who died; Carol Rosen, neglected wife of a successful attorney with a secret, who was raped in her own home; and the first victim, young Meg Pesaturo, who has mob ties but remembers nothing about the attack. But this is only the beginning of the case, for the rapist seems to rise from the dead to strike again and an old nemesis of Griffin's may have everything to do with it. The three-dimensional characterizations are compelling, and the plot barrels along with surprising new twists that feel inevitable once they occur. Though the plot doesn't jell until our hero meets his match in city cop Fitz, the book then rocks and rolls right up to a nail-biter ending coming perhaps a tad too quickly. Roan Griffin is a triumph: hurt, tightly wound, but holding it together and regaining his compassion and ability to reach out. And the grace-note minor characters—the wily nurse Toppi and Jillian's silent former singer mother, Libby—are gems. Gardner should hit the charts again with this one.