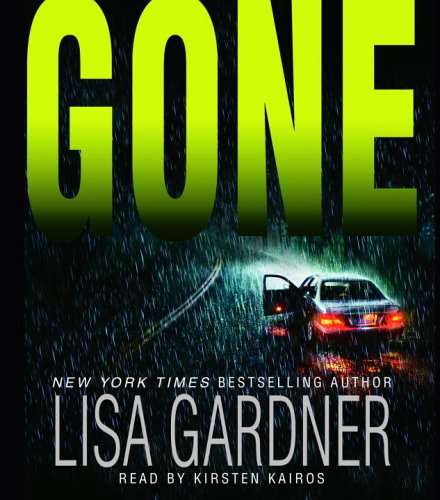 Former FBI profiler Pierce Quincy's marriage is on the rocks, but things go from bad to worse when his wife, Rainie, goes missing. A kidnapper soon contacts Quincy with a somewhat unusual ransom demand, leaving Quincy and the investigation team with no choice but to play the kidnapper's game to keep Rainie alive. The story is told from alternating points of view, showing Quincy's efforts to find his wife and Rainie's struggle against her cruel captor. The plot is formulaic and derivative, but the abridgment makes it simple to follow, so listeners should have no trouble keeping up. Kairos's voice is light and pleasant, and while her narration is not superb, it does get the job done. Kairos modulates her voice sufficiently to distinguish between male and female voices, but the accents she attempts are beyond her and come off sounding a bit silly. For the most part, the narration is engaging and effectively propels the story forward, but Kairos—and Gardner—occasionally lays it all on a bit too thick, taking the narrative (and the narration) into the realm of tepid melodrama.