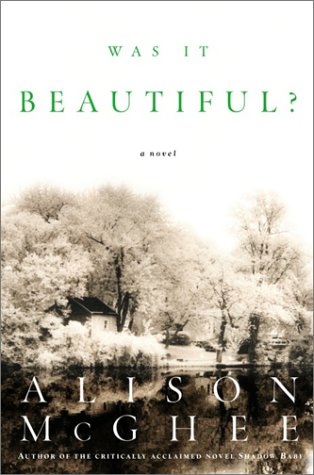 Fifty-year-old William T. Jones, the Adirondacks dairy trucker at the center of McGhee's touching third novel (after ) once had a perfect life: a happy marriage, a grown son and wonderful daughter-in-law, good friends and Genghis, "the king of cats." That comfortable, simple existence is now a painful memory. William T. (as he is called) recently lost his only son, 27-year-old William J., who was hit by a train. William T. retreats from his social world, refusing to allow others into his grief. He takes comfort in Genghis, but rebuffs his wife, Eliza, who moved out after the accident, his lifelong friend, Burl, and his widowed daughter-in-law, Sophie. Gentle Sophie was a favorite of William T.'s, but he feels betrayed when she starts seeing someone else. Above all, William T. is haunted by the accident itself, for he was with William J. at the railroad tracks when he died. Shortly before his death, William J. went deaf; he was thus apparently unable to hear the approaching train that killed him. But William T. knows something else about the events of that day, something that he can't share with his family and friends, and it chokes him with remorse. McGhee's portrait of a father's impenetrable grief, and a small community's attempt to break through it, is gracefully wrought, set against a frigid Adirondack winter that's no match for William T.'s emotional deep freeze.