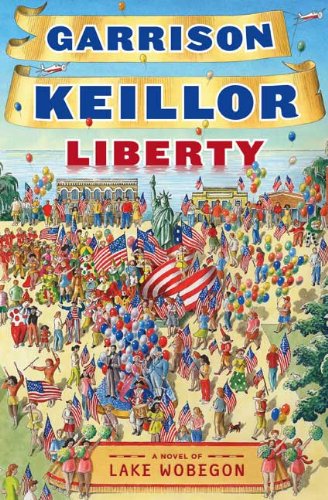 Clint Bunsen of Keillor's Lake Wobegon is planning his sixth Fourth of July celebration, but by the time it rolls around he's been booted from the planning committee; his wife, Irene, is chillier than ever; and his 60-something hormones have him lusting after the much-younger Angelica Pflame, whose “commando” performance as the Statue of Liberty in last year's parade is still a hot topic in the sleepy burg. In other words, everything's as you'd expect in a Keillor novel. There are quite a few subplots bubbling along quietly until everything erupts in a madcap denouement that combines elements of the Keystone Kops, and Monty Python. Keillor's pacing and command of smalltown plot is impeccable; just at the moment when Clint's obsession with a genealogical discovery has become unbearable, the rug gets pulled out from under him. It's a Keillor novel that does what Keillor novels do: entertain and color nicely within the lines.