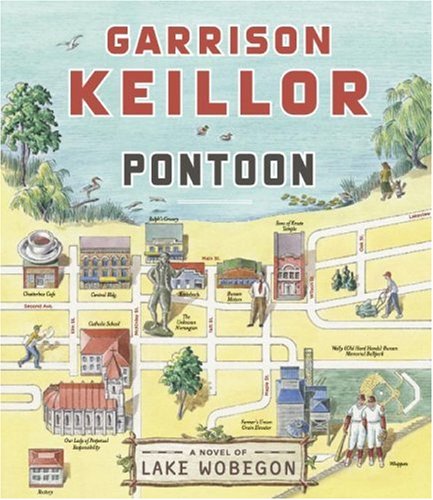 Pontoon: A Novel of Lake Wobegon

In the wake of Evelyn's death, the residents of Lake Wobegon ride higher waves of absurdity and simplicity than ever before. Her last words reveal a whole other life few knew about and cast a wide net of influence on the community, not the least of which includes her daughter and grandson. In his idiosyncratic manner, Keillor brings to life the town of Lake Wobegon with spiraling arcs of tales, vignettes and sketches of its residents that pull together into a reflective commentary on the journey from crib to crypt. Keillor has decades of radio experience and a velvety voice and cadence that instantly charms listeners. His deep voice is tempered by a soft and deliberate delivery that can often be melodious and sinewy. Though his female characters only vaguely distinguish themselves from one another, it does not distract from the narration as a whole. One surprising distraction of this audiobook's production: throughout, as Keillor finishes with a page, he audibly flips to the next.