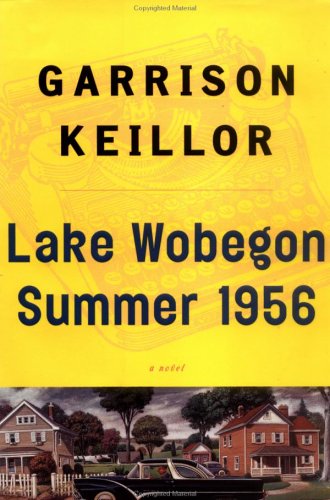 With a four-year hiatus since , legions of Keillor faithful will likely hold candlelight vigils in front of their favorite booksellers awaiting the arrival of this long overdue episode in the ongoing checkered history of the fictional Minnesota hamlet. Vacillating between poignant, endearing, outrageous and mocking, this thoroughly engaging, frequently hilarious bildungsroman is narrated by the libidinous, iconoclastic 14-year-old wannabe writer Gary. Recounting the trials and tribulations of coming of age under the smothering influence of the Sanctified Brethren, a religious sect preaching unrelenting hellfire and damnation during the summer of 1956 in the tiny backwater of Lake Wobegon, the somewhat nerdy hero has a sexual fixation on his slightly older cousin Kate, abhors his geeky goody-two-shoes older sister, is obsessed with pornographic sexual fantasies engendered from reading a purloined copy of the verboten magazine , and is preoccupied by such intellectual pursuits as classifying variations of the 10 known categories of flatulence. Given an Underwood typewriter as a bribe from his uncle to tattletale on Kate's romance with a ne'er-do-well local baseball hero, Gary turns to writing pornographic stories about his imagined adventures with Kate before he is serendipitously handed the job of substitute sportswriter for the local paper. Game after game, he is forced to observe Kate's budding romance, until the affair predictably culminates in the age-old biological consequence and the family spins into crisis mode while our hero suffers a broken heart. Although the denouement is more fizzle than bang, avid Keillorites will be left shouting "more."