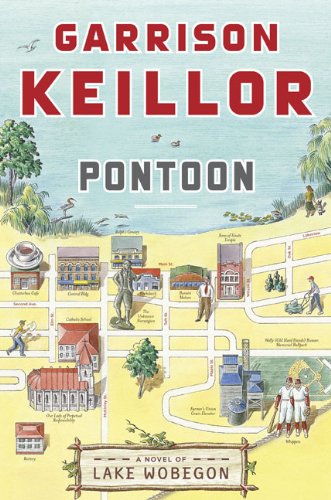 K eillor's delightful latest addition to the Lake Wobegon series, set in the fictional Minnesota town known to legions of radio show fans, opens with a typically laconic musing: “Evelyn was an insomniac, so when they say she died in her sleep, you have to question that.” The author's storytelling skills come to the fore as he describes Evelyn Peterson, a sprightly 82-year-old whose secret life of romance and adventure is revealed after her death. Her daughter, Barbara, a please-everyone type with a fondness for chocolate liqueur, finds Evelyn dead in bed, and things snowball from there. Debbie Detmer, who made her fortune as an animal therapist for the rich and famous, is planning a grand commitment ceremony (on a pontoon boat in Lake Wobegon) to celebrate her relationship with a private jet time-share salesman. Meanwhile, Barbara plans to carry out her mother's wishes for a cremation ceremony involving a bowling ball filled with her ashes, and then there's the group of Danish Lutheran ministers stopping by Lake Wobegon on their tour of the U.S. Keillor's longtime fans may find some of the material familiar (he notes he's told this story “several hundred times... with many variations”), but there's plenty of fun to be had with the well-timed deadpans and homespun wit.