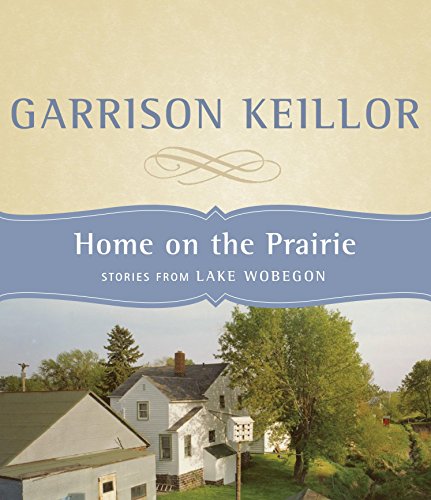 HOME ON THE PRAIRIE: Stories from Lake Wobegon

Those who love Keillor's long-running radio broadcast, , will cherish this collection of stories harvested from shows aired between 1999 and 2003. The hushed intensity of Keillor's voice lulls listeners into a world where good people live good lives, and for a little while, we are allowed to live them too. Keillor gently coaxes his stories through fertile territory, meandering into a childhood memory and then veering back to a central theme. In one story, a bride at a Labor Day wedding rejects her Lutheran background only to be buoyed up later by these same values. In another, listeners drop in on a tomato growing contest at the county fair. Never have tomatoes seemed so tempting as they do when Keillor describes the row of plump offerings awaiting verdicts. These stories are like the tomatoes: lovingly tended, juicy and bursting with life. Snippets of old-fashioned music dance between each tale, evoking the songs Mrs. Ingqvist, the preacher's wife, might play in the parlor on a Sunday afternoon. With its welcoming atmosphere and the stories' warmly familiar opening and closing lines, this cozy collection reminds listeners that life in Lake Wobegon still goes on, even in these troubled times.