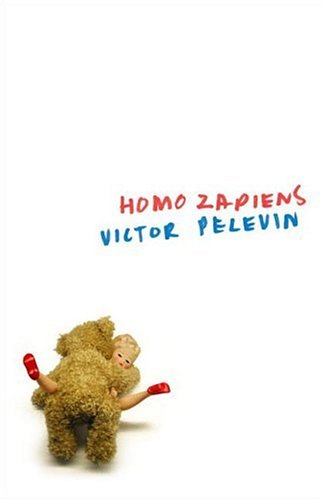 Pelevin, the bard of the post-Soviet era, returns here with another absurdist novel detailing the crazed Russian collision with capitalism. This isn't new ground for him; as in his previous books (; ; and others), Pelevin delights in creating dizzying—sometimes just confusing—narratives evoking the peculiar realities of first the Soviet Union and now Russia. This time, the subject is Tatarsky, a former literature student peddling cigarettes from a tiny Moscow kiosk. A chance encounter leads to Tatarsky's employment as a copywriter for promotional videos for nouveau riche gangsters. (One key skill described is how to get paid before the client is murdered.) Soon he's spending all his time creating Russian funhouse-mirror versions of American ads and reading vapid American texts extolling the virtues of "comparative positioning." Tatarsky becomes so absorbed by the ad world that even bathroom graffiti strikes him as advertising copy ("Traced on the tiles in a red felt-tip pen were the jolly, rounded letters of a brief slogan: 'Trapped? Masturbate!'"). As his reputation as a "creative" grows, he's drawn into ever-shadier enterprises in which the appearance of success is much more important than success itself. Pelevin depicts Russia as an overstuffed value meal of brand names and quick scams (every car is a Mercedes, every vodka a Smirnoff). No Chekhovian introspection here, nor much plot; perhaps there's no time for such things in the new Russia. Bromfield's translation ably captures the book's energetic tone, though his Briticisms ("tosser," "advert") may strike some American readers as out of place.