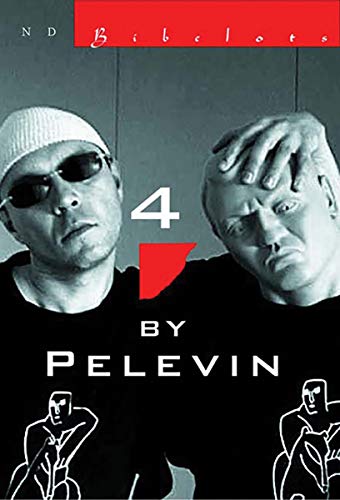 Young Russian author Pelevin (; ) demonstrates that Generation X is more of a post–Soviet Russian phenomenon than anything experienced by the youth of Western democracies. In this quartet of phantasmagorical short stories (originally published in Russian in 1994), the author drives home the creeping anxiety of a long-suffering nation awakened from a century of numbing repression, only to find the new reality is hardly an improvement. In his first story, a refugee named Six-Toes, cut off from his original "community," staggers around in a kind of mute despair, vainly awaiting some transformative nova called "The Decisive Stage." In the eerie allegory "The Life and Adventures of Shed Number XII," a disembodied life force trapped within a utility shed struggles against the shackles of surrounding utilitarian objects (despite its bizarre metaphors, this story demonstrates the author's uncanny ability to project a literary Slavic gloom onto the most ordinary stage-settings). Pelevin pulls no punches with the metaphor woven into "Vera Pavlovna's Ninth Dream," in which a public toilet attendant finds her world transformed into a giddy commercial paradise, only to have a fountain of sewage plunge that world into a kind of septic Tartarus. "Tai Shou Chuan USSR" provides a sort of resigned look at Russian and Chinese Communist bureaucracy and the foul brew of propaganda, deception and corruption that they've showered on their citizenry. Pelevin's allegories are reminiscent of children's fairy tales in their fantastic depictions of worlds within worlds, solitary souls tossed helplessly among them. But the dark undercurrent—the saga of a people lost between a doomed ideology and its floundering replacement—is anything but simple.