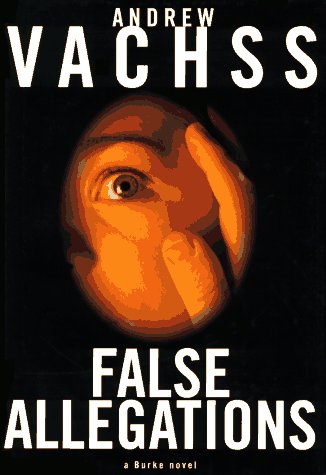 Each of Vachss's 10 previous novels has dealt with child abuse, but he's worked other themes as well, most notably the volatility of love and the hypocrisies of the middle class. Judging by his darkly disturbing Batman novel of last year (Batman: The Ultimate Evil), however, and by this shard of a thriller, his literary vision seems now to have tunneled down to sight only child abuse and allied issues in its crosshairs. Here, Vachss takes aim at adolescent sexual abuse and at those who would debunk all cases of recovered-memory syndrome as he proselytizes for the work of the real-life Dr. Bruce Perry, head of the Civitas ChildTrauma programs in Houston (who appears as a character). The story begins when Vachss's urban outlaw, Burke, initially hired by an erotic dancer named Bondi to rob a voyeuristic pervert, smells a set-up. He's not wrong--careful investigation leads him to Kite, an albino lawyer who specializes in debunking recovered memories of child sexual abuse, either demolishing the witnesses' credibility or getting the cases thrown out of court. Now Kite wants to represent one Jennifer Dalton, a high-profile client whose story, if true, will bring the issue to national attention. Kite hires Burke to interview the alleged victim and pronounce her story true or false. This quest brings him to Dr. Perry, who is pioneering laboratory--as compared to clinical couch--investigation of recovered memory syndrome. There are a few side glances (notably at the spectacular end of Burke's ongoing gin game with Max the Silent and at the results of his ""sister"" Michelle's long-delayed sex-change operation), and Vachss's consideration of the validity of recovered memory syndrome is informed and balanced, but his glare at child sexual abuse here is nearly relentless and, eventually, wearisome. Vachss's prey is certainly worth hunting, and he's a skillful hunter, able through his stiletto prose and his white-hot rage to persuade readers that Burke's vigilantism equals justice. Still, there's more to life and more to art than avenging the innocent--and early in his writing career, when he was writing his finest novels (Flood; Strega; Blue Bell), Vachss seemed to know that. (Nov.)
close
Details