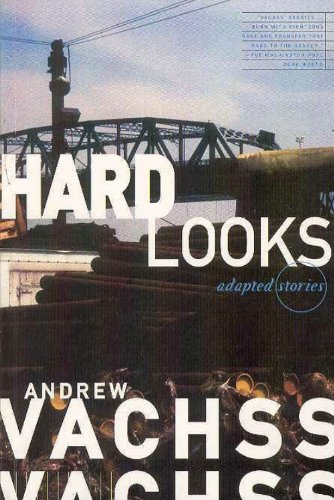 This well-crafted collection of comics adaptations of stories by Vachss, creator of the popular Burke mystery series and a former federal investigator, is an unlikely artistic triumph. Vachss, who wrote an authorized novel based on Batman in 1995, is not shy about moralizing; he operates in an ethical gray area, where traditional lines between good and bad, cop and criminal, are constantly blurred and broken. While highlighting the law's ambiguities, Vachss also teases out lessons and consequences for his characters, usually in the form of unexpected endings. No matter how hard the characters try, they can't escape brutal victimization. An unbalanced hostage negotiator, having successfully freed a captive, shoots the unarmed kidnapper at the end of "Hostage," and in "Replay," an over-eager phone sex operator realizes the man whose pedophilic fantasies she's entertaining is her own father, and she was his first victim. A young gang member, bragging of his successful (and bloody) initiation rite, is killed by associates of his victims; and so on. Left alone, a few of these stark, graphic stories go a long way, but enhanced by artwork contributed by a group of superb cartoonists, they come alive in new and unexpected ways. The artists include David Lloyd, Bruce Jones and Warren Pleece, who share a shadowy pen and ink style particularly well suited to these pieces' mood and the subject matter. George Pratt's expressionistic work illuminates the despair at the heart of these stories, while Gary Gianni's accurate line work superbly depicts the urban landscape. Such a diverse group of art styles keeps the anthology from groaning under its own weight and provides different interpretations of Vachss's otherwise fairly similar stories.

Vachss was the subject of a Interview in the March 17 issue.