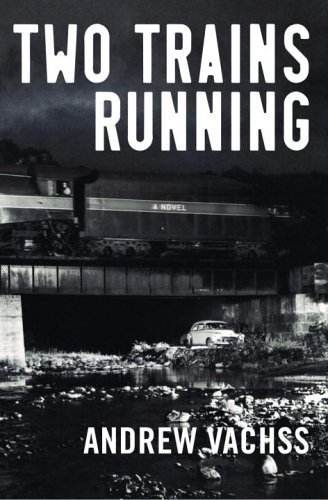 Vachss's latest, set in 1959, leaves recurring character Burke behind to explore the teeming, clannish, race-driven underside of American politics. The Southern town of Locke City, at the mountainous foot of the rust belt, has become the vice-driven fief of one Royal Beaumont, a wheelchair-bound "hillbilly" who indulges in casual incest and rules the town by force. When the New York mafia tries to cut in on the action, Beaumont fights back, determined to protect his stake—and the town's racial composition, especially with a stealthy local black militant cell gaining in strength. Michael Shalare's Irish mob arrives and proposes a truce on the grounds that once "our man" Kennedy gets in, the Italians will be "told" to leave, and racial as well as monetary order will be preserved. The book is broken by episodic bursts of dialogue with time-stamp headings ("1959 October 04 Sunday 20:46"); the dialogue itself doesn't feel differentiated enough from tough guy to tough guy, and smacks of faux periodisms. Some of what Greil Marcus called the "old, weird America" surfaces, but any scene with a woman in it yields awkward results. The pace is good and the plot is riveting, though the telescoped sociopolitics feel rigged from the start, as does a bloody climax.