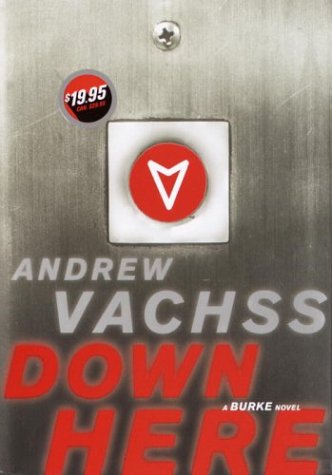 Burke is back with a vengeance, and with the full complement of underground irregulars who've populated his dozen or so previous noir adventures. For starters, there's Max the Silent and the Prof (short for both Professor and Prophet), Pepper, Mole and Michelle, street folks all, as well as the giant menacing rottweiler known as Bruiser, who protects the beautiful crime fighter Wolfe. No series offers a richer world of night people, or one as dark and brutal. For the Burke fan, plot becomes almost secondary to the immersion into Vachss's thrillingly seductive downtown Manhattan shadow land. But this installment has a terrific hook as well: Burke and company must come to the rescue when Wolfe, a righteous former prosecutor specializing in sex crimes, is framed for the attempted murder of one of the serial perps she once put away, a lowlife named John Anson Wychek. Vachss's prose is at its brittle best in his presentation of the case against the taciturn Wolfe, as well as Wychek's criminal past. At length, Burke learns that Wychek inexplicably has federal protection, and conceives an elaborate scam to snare him. Posing as reporter pal J.P. Hauser, Burke works his way into the life of Wychek's yuppie sister, Laura. This extended cat-and-mouse game (or perhaps Burke is falling in love?) has quiet depth as well as tension. Burke's an original, often imitated but never matched because Vachss keeps raising the bar.