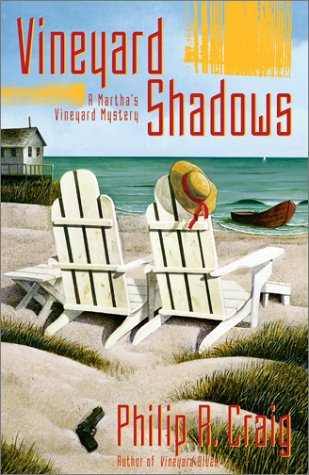 Mundane domestic activities play as big a part as duplicitous drug dealers or menacing mobsters in Craig's latest leisurely Vineyard mystery (after 2000's ) featuring ex-Boston cop J.W. Jackson. When two brutes from South Boston appear at J.W.'s island home and terrorize his wife and stepdaughter, J.W. takes matters into his own hands—anything to safeguard his family and keep his beloved Vineyard from infestation by Boston's criminal element. While local authorities would rather J.W. leave the investigation to them, he uses long-time contacts to try to discover who ordered the inexplicable attack. Readers might wish they could see more of this well-etched coterie, which includes a crime reporter and a former federal agent. Mostly, though, J.W. plays stay-at-home dad. He gardens and digs clams with his children, riffs repeatedly on beer, offers cooking tips (three recipes are appended), drops learned allusions (to Homer, the Bible, Shakespeare, Blake, Dickinson and Frost) and drifts into banalities about the weather, marriage and life's ups and downs, some of which would make worthy entries in the annual Bulwer-Lytton contest ("she finally let herself cry and cry, cleaning the windows of her soul"). One clue stands out like a McDonald's golden arch in the middle of colonial Edgartown, but J.W. fails to notice. He shows a similar lack of imagination and street smarts in not getting the big picture until long after it should be obvious to most readers. Now that Cynthia Riggs has entered the Vineyard mystery arena with (Forecasts, Apr. 23), Craig may no longer be able to afford coasting on tried-and-true formula.