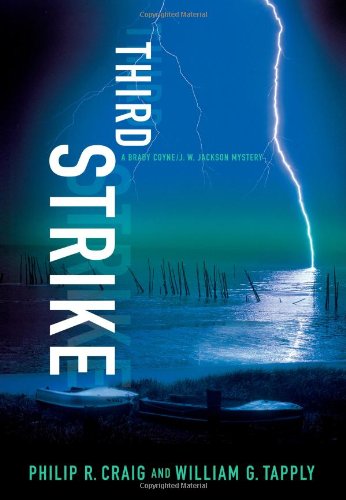 Two fine mystery writers team up for the third and last time (after Second Sight and First Light), with their series heroes swapping chapters and stories seamlessly. Tapply’s Boston lawyer, Brady Coyne, responds to an anguished call for help from an old client living on Martha’s Vineyard, where the late Philip Craig’s ex-cop, J.W. Jackson, is being urged by his wife to investigate the death of a striking ferry boat worker. The authors, real-life friends, could not have gotten along better than their fictional heroes, who share a love of fishing, eating, family and adventure. The two friends pursue their cases separately and together as tensions caused by the ferry strike mount and a murder raises the stakes. This marks the highly enjoyable and poignant end to a short, sweet series. (Dec.)