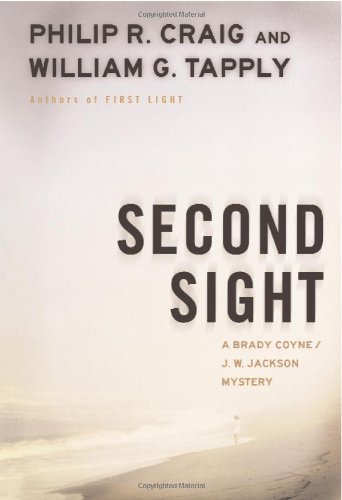 Boston lawyer Brady Coyne and retired cop J.W. Jackson uncover more mischief on the tourist-mecca island of Martha's Vineyard in Craig and Tapply's second collaborative outing (after 2002's ). Coyne traces a runaway teenage girl to the Vineyard, where he bunks in his old friend J.W.'s charming family cottage. Jackson, meanwhile, has been hired to chauffeur and provide security for a famous reclusive singer during the week of a major rock concert celebrating human rights. When the singer's bodyguard turns up dead, the investigation leads to a spiritual retreat. Coyne and Jackson's paths intersect as they try to infiltrate the cultish shrine whose mesmerizing leader, a former lover of the rock star, is surrounded by armed apostles. Increasing violence portends growing urgency, but doesn't prevent old friends Coyne and Jackson from enjoying fishing, sunset cocktails and the island's traditional New England fare. The authors effectively volley the tension back and forth between the voices of the veteran sleuths. The characters feel authentic, as does the flavor of Martha's Vineyard, though the plot is a bit far-fetched, with most of the page-turning action bottlenecked at the end. Voyeurs of island life and fans of both writers' series will appreciate this duet.