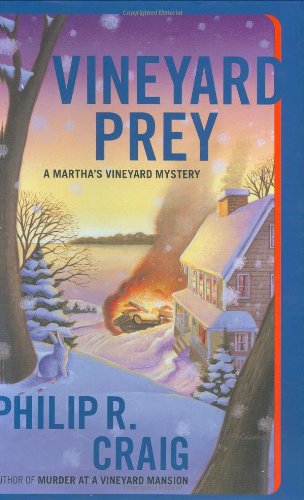 Set in December during scallop season, Craig's cleverly plotted 16th Martha's Vineyard mystery to feature flip, fast-talking retired Boston cop J.W. Jackson (after 2004's ) opens with the arrival on the island of government agent Joe Begay, an old buddy from Vietnam days seeking J.W.'s unofficial help to track down a killer. As Joe later explains when the pair secretly rendezvous on the Cape, three out of five agents involved in an undercover mission have died mysteriously in the past year. Joe and the other surviving member of the team suspect a terrorist known as the Easter Bunny is after them and may be on the Vineyard. The FBI and other intelligence agencies soon invade the island, whose locals and off-season life Craig depicts with his usual humor and affection. Spies, bombs, gun fights and a high-speed car chase keep the action moving.