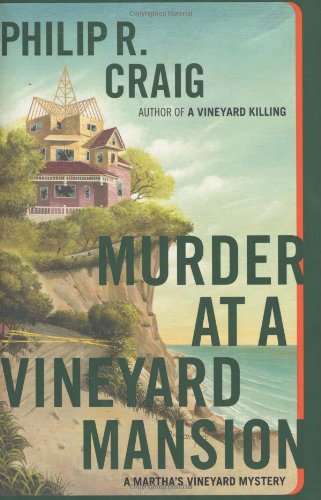 MURDER AT A VINEYARD MANSION: A Martha's Vineyard Mystery

Set in early June, before the hordes of vacationers descend, Craig's 15th Martha's Vineyard mystery (after 2003's ) arrives just in time for the beach. The Vineyard crime scene is a tad slow: a jail prisoner escapes after supper but usually returns before breakfast because the food is so good, thanks to a local chef doing time, while the cops aren't trying too hard to catch "the Silencer," who's been "destroying the sound systems of some of the loudest cars on the island." Then the murders of a security man at a Chappaquiddick "castle" (depicted on the jacket and nicely portending disaster) and the scion of an aristocratic landowner raise the ante. Retired Boston policeman J.W. Jackson sets aside such favorite pastimes as fishing and cooking to investigate several old island families, interbred and linked in the most unpleasant ways, all with ample motives and opportunities for the killings. As ever, Craig depicts the island's residents with humor and affection. J.W. takes his usual pot shots at the author's pet peeves (like drivers who "have their windows down and the volume turned as high as it will go"), but faces a loaded shotgun with aplomb in the near-fatal finale.