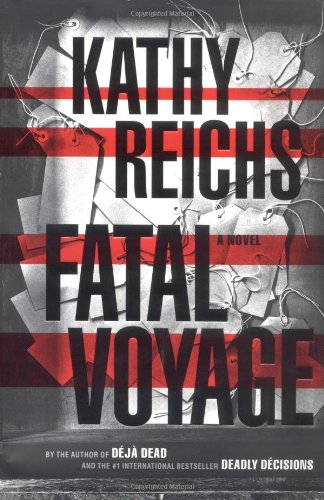 With four crime thrillers to her name, Reichs () seems to have settled into a comfortable routine with forensic anthropologist Temperance Brennan, whose adventures grow more engrossing with each outing. Here, Tempe takes on an especially gruesome case in a richly plotted tale about an airline crash, missing body parts and cannibalism. The story opens in the rugged backwoods of North Carolina, where Tempe must identify the dead from the remains of a passenger jet that spiraled straight into the ground. While rummaging through the grisly debris, she comes across a foot that doesn't appear to match any of the 88 dead people aboard the jet. As investigators determine what brought the plane down, Tempe looks into the mystery of the foot. That seemingly well-intentioned pursuit gets her fired. Her ouster appears to be the doing of Lt. Gov. Parker Davenport, an ambitious politician taking an abnormal interest in the crash. Tempe, determined to restore her reputation, plows back into the case on the sly. What she finds is evidence of a chilling, depraved episode in local history that upends many common perceptions about North Carolina's political and business elite. Reichs, herself a highly accomplished forensic anthropologist, expertly directs a busy plot that moves with electrical force in the final quarter. She capitalizes on the morbid yet captivating aspects of the forensic trenchwork, yet never lets it overwhelm her story. But it is Reichs's ongoing development of Tempe—a woman in her 50s with a mature understanding of human nature, and a self-deprecating sense of humor—that truly lifts the book above many of its peers.