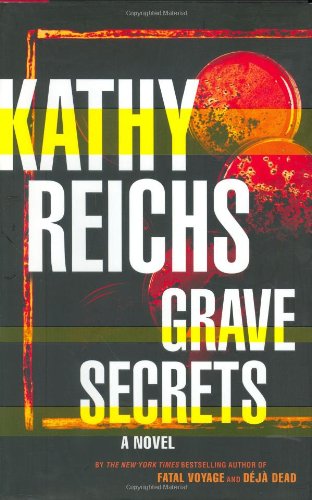 Fans of the Temperance Brennan series will be pleased by forensic anthropologist Reichs's latest installment (after ; ; etc.). finds Tempe plying her pathology trade in Guatemala, investigating a massacre site as a favor to a Guatemalan anthropology association. However, when her team is ambushed by gunmen, Tempe finds herself ensnared in a mesh of corruption and murder stretching from Guatemala City to Montreal, involving DAs, military thugs and kinky diplomats. Tempe finds herself drawn—and trapped—between the two cops investigating: her longtime Canadian suitor, Lt. Andrew Ryan, and her would-be Latin lover, Bartolomé Galiano. That the two men know each other and are friends doesn't help the situation. When a nosy reporter looking into the massacre is gunned down before Tempe's eyes, she realizes she herself is the next likely target. As has been said before, Reichs has much in common with Patricia Cornwell, though her language is more stripped down and there is less melodrama between autopsies. Devotees of medical procedurals will appreciate the detailed descriptions of bone formation and the mechanics of bodily decomposition within a septic tank; others may not. But the author keeps the twists coming, and by the novel's climax, she has skillfully interwoven her many subplots and red herrings into a satisfying puddle of sex, sleaze, greed and gore.