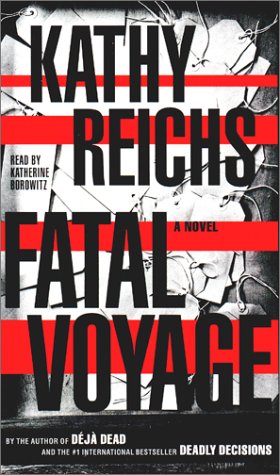 Called in to investigate a horrific North Carolina airplane crash, forensic anthropologist Temperance Brennan (Tempe to her friends) finds that the bodies of the 88 young people on board have become inexplicably mixed up with evidence of an older crime—and gets fired. It turns out a local politician has a vested interest to protect. Although Tempe deals with the details of death every working day, neither she nor her creator, real-life forensic scientist and university professor Kathy Reichs (, etc.) ever exploit those details for morbidity or melodrama. That restraint, rendered superbly by understated reader Borowitz and combined with a riveting plot, makes for a terrific audio package—exciting and intelligent entertainment. Borowitz is perfectly cast as the 50-ish Brennan: wise, self-deprecating and funny.