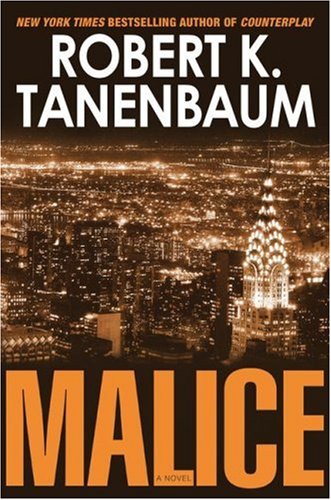 Tanenbaum’s run-of-the-mill 19th thriller to feature Manhattan district attorney Butch Karp and his wife, Marlene Ciampi, picks up where 2006’s left off. Karp is recovering at Beth Israel Hospital, after being shot by his rival and fellow prosecutor, Rachel Rachman, who was in turn gunned down by Ciampi. Various members of the Karp family have helped thwart terrorist outrages aimed at the pope. The mastermind behind the plot against the pope, mayoral candidate and murderer Andrew Kane, is believed dead, but Karp suspects that someone at a high level in U.S. security circles fed Kane key information and remains poised to do the country further harm. Once again, Karp’s plucky daughter, Lucy, becomes involved in a plot so improbable that the author has Ciampi comparing it with the far-fetched conspiracies of . Series fans will be pleased, but those seeking sophisticated political suspense set in a post-9/11 New York City should look elsewhere.