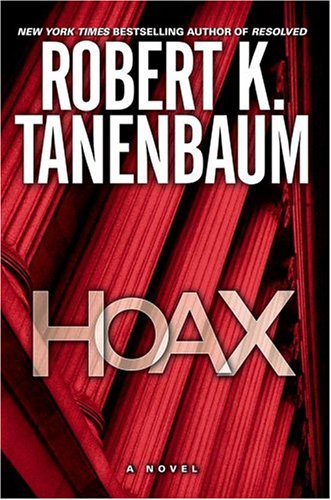 One sure way to engage reader sympathy in a crime novel is to involve the hero's family; in Roger "Butch" Karp's 15 earlier adventures ( ; ; etc.), the DA's family has paid dearly for this inclusion. Wife Marlene is disfigured from a letter bomb, 11-year-old son Giancarlo has been blinded by a would-be assassin, and daughter, Lucy, was abducted twice: "His entire family seemed to attract danger as picnics did ants." Marlene is attending a Taos art therapy school, healing the psychic toll of dispensing vigilante justice and thwarting terrorists. Lucy is there, too, leaving dad behind to battle "evil incarnate" in the form of Andrew Kane, a sociopath running for mayor of New York. Kane's pursuits include insider trading, drugs, prostitution, money laundering, arms sales and extortion. Characters include a killer priest, corrupt policemen, a gallant American-Indian cop and mole people who crawl out of the city's sewers to haunt the night, among others. Tanenbaum keeps all these balls in the air while lecturing on the evils of racism, the plight of the modern Indian, the value of honor, the evils of gangsta rap and much, much more. It is by turns boring, insightful, pedestrian, silly, maudlin, exhausting and exciting.