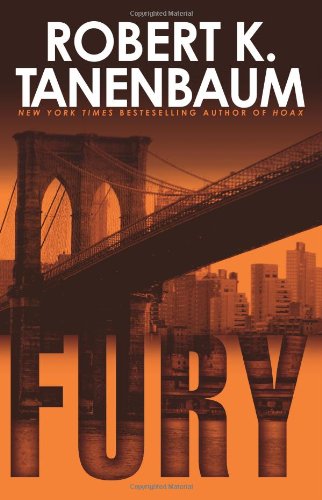 At the center of Tanenbaum's scattershot, complicated 17th entry in his Butch Karp/Marlene Ciampi series ( , etc is a decade-old rape perpetrated by four young men beneath the Coney Island Pier. The so-called Coney Island Four were eventually caught and sent to prison, but an oily, race-baiting lawyer, Hugh Louis, has managed to free them and is now filing a $250 million lawsuit against the city of New York. Karp, Manhattan's district attorney, smells corrupt cooperation between Brooklyn's political establishment and the lawyer, and at the request of the mayor, he steps in to defend the city. Though Tanenbaum effectively brings readers inside the world of crime, politics and the law, he bloats the thriller with distracting subplots. In a boilerplate Tanenbaum twist, a terrorist cell led by a brutal Iraqi takes over an abandoned subway tunnel and takes a member of Karp's family hostage as part of its plan to blow up Times Square on New Year's Eve. Meanwhile, Karp's wife, Ciampi, works to exonerate a college professor accused of rape at the same time she pitches in on the Coney Island Four case. It's too bad Tanenbaum has overstuffed his latest thriller: somewhere beneath the layers of fat there's a svelte, snappy story.