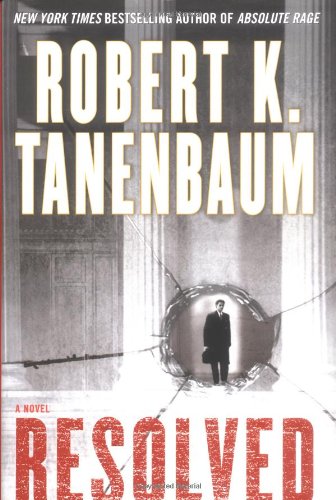 Even Tanenbaum's diehard fans may have wished, over the course of his last few novels, that his famously tempestuous investigative duo—scrupulously honest homicide prosecutor Butch Karp and his wife, private detective–cum–vigilante Marlene Ciampi—would finally break up, if only in the interest of their poor children. In this 15th installment of the hugely popular series, that wish comes closer to fulfillment, and the family dramas are as fascinating as the criminal ones. Set in the months following the explosive conclusion of its predecessor, , the novel opens with Butch in the running for DA in New York City, while Marlene tries to live a quiet life raising attack dogs. Although teenage daughter Lucy still has those "conversations" with St. Teresa of Avila, she has grown a little weary of her fiercely guarded chastity. Twins Giancarlo and Zak (who obviously hears Columbine calling) idly speculate on whether their parents' marriage is finally through. On the legal front, a fishy cop shooting and an unusual case of sexual assault ("a colonoscopy in progress, diarrhea, the smell.... Karp was not at this stage capable of surprise at any of the acts that people chose to relieve the sexual itch, but this still seemed extreme") spark an investigation that leads the Karps to two baddies from previous books in the series: Arab militant Feisal ibn-Salemeh (from ) and homegrown psycho Felix Tighe (from ), entwined in an intricate conspiracy to blow big holes in a post-9/11 New York. There is the predictable big courtroom finale, and another showdown full of bullets and mayhem. All of the Tanenbaum standards are here, and fans won't be disappointed.