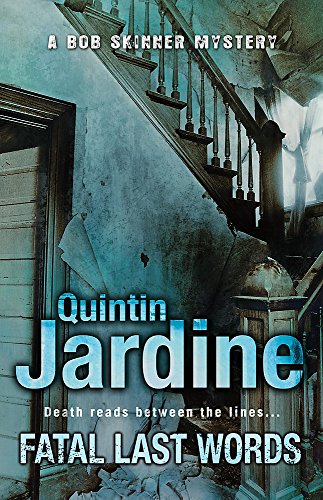 At the outset of Jardine's 19th Bob Skinner mystery, one of the stronger entries in this hard-hitting police series ( , etc.), Skinner is about to be appointed chief constable, a promotion that will coincide with his wedding to Scotland's leader, First Minister Aileen de Marco. When a leading mystery author, Ainsley Glover, turns up dead at the Edinburgh International Book Festival, the cause is initially believed to be an accidental, or self-inflicted, overdose of glucose. The case becomes one of murder after the medical examiner discovers Glover was injected with a paralyzing drug—and it rapidly becomes politically sensitive after the police learn Skinner's former boss, ex-politician Bruce Anderson, not only argued with the victim shortly before Glover's demise but lied about his whereabouts at the critical time. Keeping track of all the supporting characters and their personal relationships isn't always easy, but Jardine more than makes up for that with a nice surprise ending.