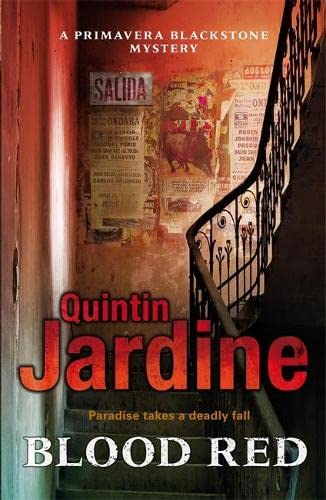 Primavera Blackstone, the heroine of Jardine’s crime thriller series set on the Catalan coast, mostly wrestles with her carnal attraction to Gerard Rivera, a local priest, in her middling second outing (after ). When a fellow British ex-pat asks Primavera to organize a wine fair, despite opposition from José-Luis Planas Ros, a key member of the town council of L’Escala, she seeks out Planas and buys his support for the event. Soon afterward, Planas dies, apparently from a heart attack that causes him to fall over his garden wall to a rockery below. Primavera gets involved in what becomes a murder case, stumbling on the truth in the end. The self-absorbed lead and forgettable prose (“Life is like a round of golf. If you drop a shot at one hole, you do your damnedest to get it back at the next”) don’t help a plot line more likely to appeal to romance readers than to fans of the author’s sometimes grimly realistic Bob Skinner series ( , etc.).