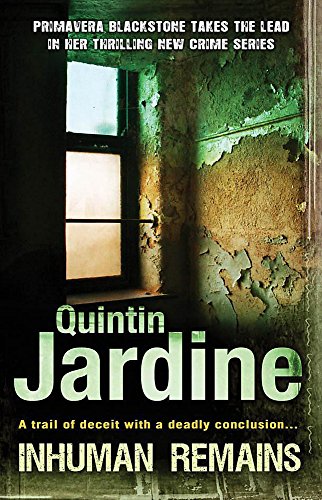 After nine Oz Blackstone PI novels ( , etc.), Scottish author Jardine spins off Blackstone's loquacious ex-wife, Primavera, in a series debut every bit as over-the-top as her first name. Believed dead in a plane crash that Oz engineered to kill her, Primavera manages to keep her miraculous survival a secret from much of the world and begins a new life on the Catalan coast with her young son, Tom. Their idyllic existence is interrupted by a visit from Primavera's eccentric aunt, Ade, who asks Primavera to help track down her missing son, Frank, an ex-con who did time for embezzlement. Shortly afterward, someone abducts Ade, and Frank surfaces. Some will find Primavera an unlikely investigator, while her sexual dalliance with her cousin may put off others. Anyone who's ever read a book with a character presumed dead despite the lack of a corpse will spot the closing twist a mile away.