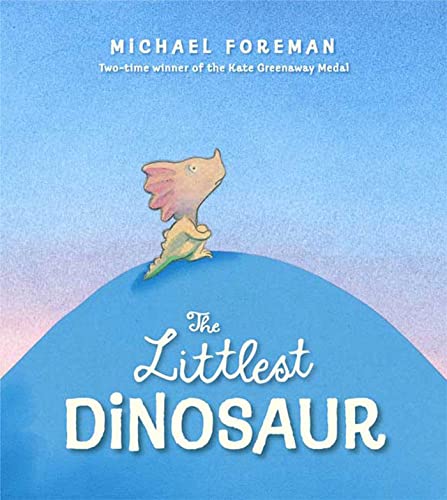 The title character of this predictable story seems destined for a life on the sidelines—if one of his neighbors doesn't accidentally step on him first. After all, “he's no bigger than a dinosaur's toe,” as his father puts it. But when the rest of the dinosaur herd gets trapped in the mud, the undersize hero enlists the help of another lonely outsider—a huge blue “long neck” he has glimpsed in the distance—and saves the day. The prolific author/artist's scenes showing the exchanges between the enormous and the tiny dinosaurs have an R.O. Blechman–like poignancy, and the mud incident stirs up some sense of urgency. But for the most part, the story is on autopilot as it moves toward the familiar wrap-up (“you may be the size of a bug, but you're as brave as a dinosaur one hundred times your size”). The prehistoric landscape is perfunctory, while the reptilian cast is blandly genial and generic. Ages 4–8. (May)