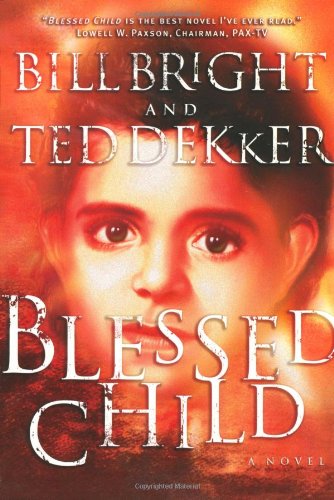 Eighty-year-old evangelical icon Bright and up-and-coming novelist Dekker pool their talents in this latest of several Christian fiction offerings about contemporary child miracle workers. Jason Marker, an embittered Peace Corps representative, must spirit the 10-year-old wunderkind Caleb out of Ethiopia with the help of Leiah, a Red Cross nurse who is covered with disfiguring scars. Upon their arrival in the U.S., Caleb is put in the care of the nefarious Father Nikolous at the rather stereotypically cruel Sunnyside Orphanage. Caleb's extraordinary powers manifest themselves early in the tale: raising a man from the dead, restoring sight to a blind boy, healing a paraplegic. Even as religious authorities are thrown into turmoil about the source of Caleb's amazing abilities, Father Nikolous loses no time in exploiting those powers for his own financial gain. When a powerful politician realizes that Caleb holds the key to the destruction of his presidential ambitions, he contracts for the boy's murder. The romance between Jason and Leiah follows a predictable course, although Jason's unconditional acceptance of her scarred body offers a nice touch. Caleb is satisfactorily presented as an uncorrupted innocent who finds the world a stumbling block to his childlike faith. The writing loses its moorings in spots ("It wasn't the first time they had been in this situation, facing sudden long odds, but this time its gravity felt heavier"), but the plot is action-packed. Bright's name on the cover will garner widespread reader interest for this Christian thriller.