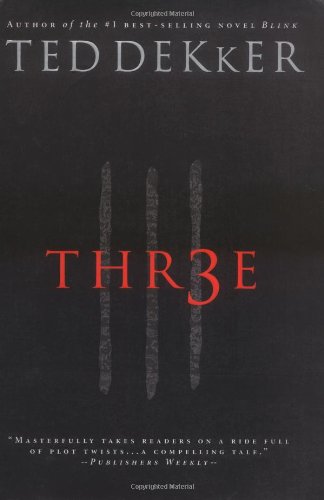 Dekker delivers another page-turner with this psychological Christian thriller about Kevin Parson, a 28-year-old seminary student who suddenly becomes the target of an evil nemesis called Slater. Obsessed both with Kevin's downfall and the number 3, Slater initiates a game in which Kevin must answer riddles to avoid Slater's destructive, potentially murderous retribution. Slater particularly wants Kevin to publicly confess a secret sin, and Kevin is at a loss as to what that sin might be. Once Dekker establishes this premise, he masterfully takes readers on a ride full of plot twists and turns. Not only does he spin a compelling tale of cat and mouse, but he also creates a narrative world in which it's possible that no one is quite who he or she seems. Dekker gradually discloses his protagonist's nightmarish childhood and delivers an almost perfect blend of suspense, mystery and horror. Dekker's prose is strong, putting him in a league above many other evangelical Christian writers and showing improvement over his previous work. Aside from following certain Christian fiction guidelines such as making his gorgeous 20-something characters entirely virginal, Dekker eschews most of the conventions of evangelical fiction. His spiritual message is subtle and devoid of the theologically and politically conservative agenda present in other novels.