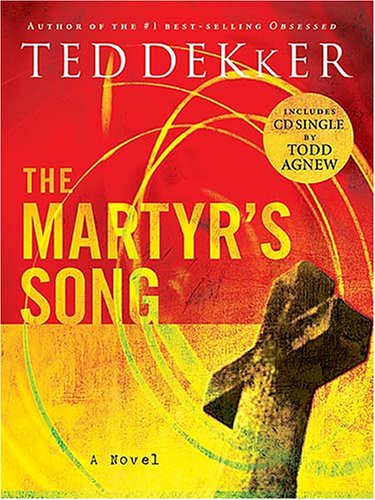 Dekker—author of bestsellers , and others—turns from suspense to a fable of Christian martyrdom in this novella. When Eve, an Atlanta florist in the 1960s, meets the awkward outcast teenager Marci, Eve promises to "change the way you look with a power beyond your comprehension." Though skeptical, Marci visits Eve, who begins to read from a worn red book. Its story takes them back two decades to a Bosnian village seemingly untouched by WWII. Five soldiers, led by the insane Karadzic, interrupt the birthday party of a 13-year-old girl, Nadia. Karadzic's evil nature quickly becomes evident when he questions Father Michael, the village's Anglican priest, about his politics and his God. Though Father Michael and Nadia become pawns in Karadzic's game of torture and fear, amid their pain they see what awaits them beyond this world. The ending is horrific, but the lesson of hope and love fills the villagers and Marci as she hears the tale years later. Although the story is surprisingly full of joy, Dekker's writing is sometimes overwrought and draining, rarely offering readers a chance to relax and grasp the greater message. The book includes a CD single of "The Martyr's Song" performed by Todd Agnew and discussion questions written by Dekker.