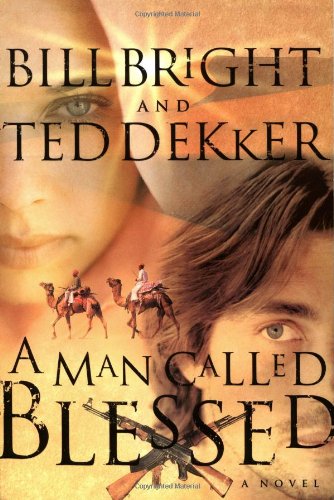 In their second outing together, evangelist Bright and bestselling novelist Dekker team up to spin an interesting but sometimes sloppy sequel to . The sacred Ark of the Covenant is rumored to be hidden in a remote monastery in northern Ethiopia, and 25-year-old Caleb, a Christian blessed with special powers, is believed to hold the key to the ark's location. When word leaks out that discovery is imminent, Middle Eastern politics rapidly slide toward meltdown. "Everything that makes us Jews is held in this chest," says David Ben Solomon, leader of the Temple Mount Advocates, about the ark. He has a passion to see Jewish prophecies fulfilled through its recovery. His daughter, Rebecca, is a Jewish soldier who's tired of killing and longs for love. When Rebecca meets Caleb in the desert, the results are all too predictable. Unfortunately, readers' enjoyment of the tale is hampered by careless mistakes (Rebecca is 10 in the prologue and a decade later she's 25), strange descriptions ("dread floated through his chest like a hollow bullet") and awkward phrases ("He felt God's will like he felt his clothes"). However, with current events focused on the Middle East, the topic is timely, and there are moments of real poignancy and suspense. The conversion of one Jewish character to Christianity, and Caleb's assertion that "The Spirit of God dwells in the , not in a golden Ark," will also play well for the intended audience of evangelical Christians.