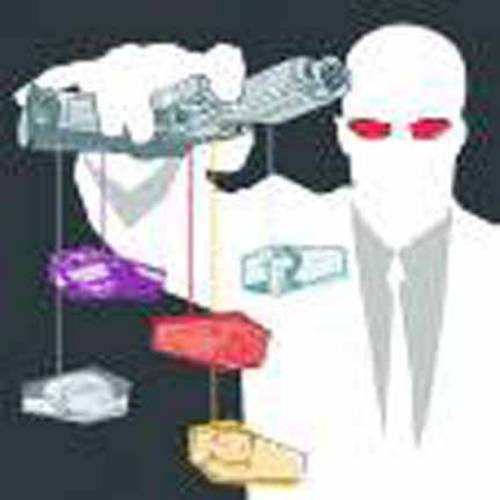 100 BULLETS: Six Feet Under the Gun

Imagine being dreadfully injured, yet uncertain of what happened or how to proceed. Imagine then being approached by Agent Graves, a craggy-faced old man with the eyes of a patient predator, who offers selected victims a gun, 100 untraceable bullets and a convincing dossier about whomever betrayed them. Early issues of this monthly comic concentrated on individuals' reactions to Graves's invitation to commit murder. Now, however, it's become clear that the "gift" isn't quite free; Graves is directing his vengeance seekers in a complicated scheme. The independent short stories here focus on people whose lives are affected more or less directly by Graves and his possible ally. The discontinuity between stories isn't bothersome; the comic brilliantly sustains a sense of nervous doubt. All that readers can be sure of so far is the basic human condition: people yearn, kill and die. Writer Azzarello is especially deft at presenting a multi-ethnic, street-level cast and at setting up images that almost connect, suggesting that the parts of the action do relate in ways readers can't quite grasp yet. And Risso nicely pictures those images in ways that are simultaneously scary and seductive. It's easy to create a threatening atmosphere in a claustrophobic Manhattan bar, but Risso can make even sunny Miami streets look menacing. He's also excellent at giving characters a distinctive look, although they do tend to flash the same feral leer. Even readers who haven't read earlier collections of this comic can pick up this book and enjoy the glossy surface and tantalizing hints of clues.