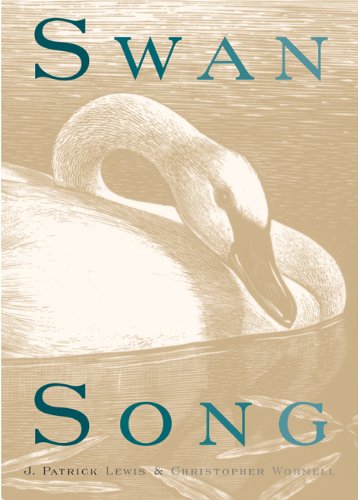 Paying homage to extinct animals, Wormell's ( ) extraordinary wood engravings for this handsomely designed, oversize volume may exceed the expectations of even his most ardent admirers. A Bali tiger with black velvet stripes, the finely etched wings of a laughing owl, the "amazing shell" of the saddleback tortoise—all are rendered with startling beauty, precision and grace. These works accompany 20 poems, each dedicated to a species that has become extinct since 1620. Lewis ( ) writes that these are intended as "a few small epitaphs in verse to mark their passing"; he also warns that six animal species die every hour. Unfortunately, Lewis's generally clever, highly crafted verse is here so crammed with details, that the rhyme scheme and sense often seem forced: "Discovered, 1741,/ [Steller's sea cow] dwarfed all creatures of the sea,/ Except the whale, so let us toast/ Sea cows in their enormity." The tone is uniformly solemn and often accusatory: "Sixty million improbable years—/ The Elephant Bird's timespan—/ Till the Elephant Bird, the Elephant Bird/ Met up with the likes of Man." A timeline at the bottom of each page mixes idiosyncratic historical facts—e.g., the date of the first bottled Coca-Cola or of Babe Ruth's first homer—along with details about the destruction of various species. Endnotes answer many of the questions the poems are sure to raise. Ages 9-up.