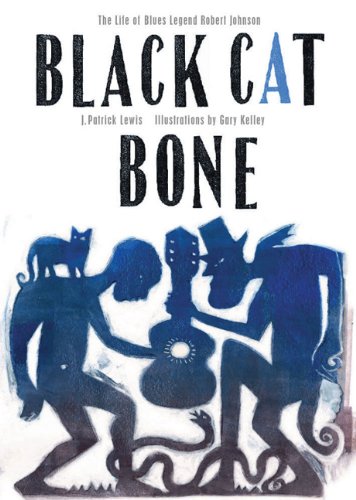 In 19 poems, Lewis ( , reviewed above), under the undeniable spell of Delta blues, probes the sparse facts and rampant hearsay associated with Robert Johnson's short, legendary life (1911–1938). The poems proceed chronologically, beginning with "Who Was Robert Johnson?" and concluding with "A Voice from the Grave," from the subject's own perspective: "It seems a pity/ To lose the pedigree./ They've heard a hundred rappers/ But haven't heard of me." Though Lewis includes a poem about Robert's loss of his 16-year-old wife and baby in childbirth ("Nothing could have held him in a place/ With nothing left to save of saving grace"), the poet doesn't shrink from illuminating Johnson's reputation as a womanizing, hard-drinking itinerant. Indeed, the lyrics of "Terraplane Blues" (one of the three Johnson songs excerpted among the poems) use the sexualized parlance of auto repair to bemoan an estranged love affair ("Got a short in this connection/ hoo-well, babe, it's way down below"). In deep blue and sepia tones, Kelley's ( ) handsome compositions concatenate translucent and opaque washes, gestural brushstrokes, scratched line and a judicious use of glowing white (for a 3 a.m. cigarette; for the casketed Johnson's collar and cuffs). A spare design and palette help to unify the numerous elements, but the multiple placements and crops for pictures may distract readers somewhat. For maximum effect, pair these well-tuned poems with Johnson's recordings. Ages 11-up.