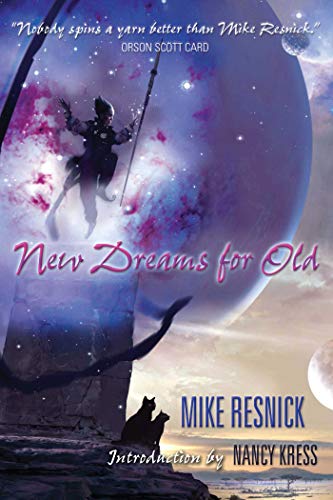 The 20 stories in this solid collection from five-time Hugo-winner Resnick ( ) run the gamut from silly fantasy and far-out detective romps to alternate history and straight-up science fiction. The best entry is the moving novella "For I Have Touched the Sky," part of Resnick's lauded Kirinyaga series. African village leader Koriba faces down a girl who doesn't wish to accept her place in her rigidly sex-stratified society, leading her to commit a divesting action that greatly affects Koriba, though he doesn't change his ways. Similarly, in "Robots Don't Cry," "Travels with My Cats," "A Princess of Earth" and "Down Memory Lane," the narrators can't move on with their lives, preferring to exist in hopes of a reunion with the dead or the demented. In the bizarre "The Elephants on Neptune," elephants, who never forget, become men, and vice versa, re-establishing the status quo. These glossy cross-genre stories, which tend not to plumb much emotional depth, showcase Resnick's predilection for dealing with the tragically static nature of the human condition.