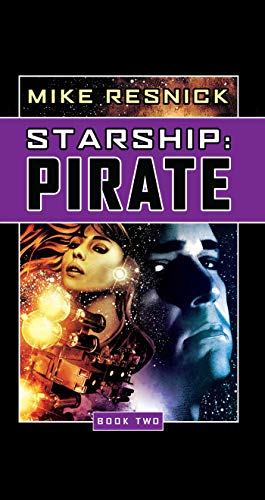 One of the characters in this sequel to (2005) asks, "Whatever happened to heroes who didn't think everything through, but just walked in with weapons blazing?" The answer is "They're buried in graveyards all across the galaxy." This sums up nicely Hugo-winner Resnick's approach to military SF, which isn't so much about fighting and hardware as it is about strategy and leadership. Having busted their commander, Wilson Cole, out of the brig for disobeying orders that would have cost millions of lives, the crew of the starship find themselves on the run from their own fleet. The plan? Hoist the Jolly Roger! Since Captain Cole is a moral man, he must figure out a way to practice piracy without actually harming anyone—at least, anyone who doesn't have it coming. As he and the stumble their way through , they make new enemies and find new allies that make the difference between real pirates and military professionals all the more apparent. Readers craving intelligent, character-driven SF need look no further.