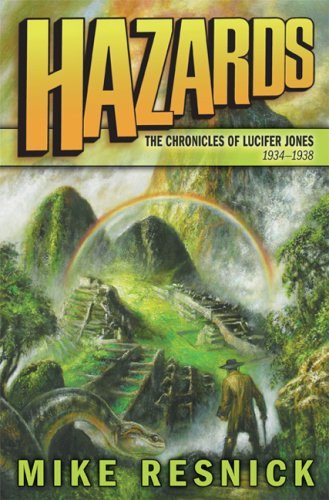 This entertaining collection follows con artist, minister and adventurer Lucifer Jones, last seen in 1992's , as he travels through South America. Jones, seeking the perfect place to set up his tabernacle, instead finds army ants, diamond thieves and island-dwelling mad scientist Dr. Mirbeau. Along the way, Jones predictably falls for every beautiful woman he meets and winds up in jail a few times as well. The likable scoundrel's mix of lust, chicanery and naïveté moves the action along nicely, and though Resnick pokes fun at pulp adventure tales and the arrogance of early 20th-century imperialism, he never lets mockery interfere with good storytelling. The collection doesn't add much to the genre, but minimal backstory and Jones's engaging narrative voice will endear it to fans of lighthearted adventure stories.