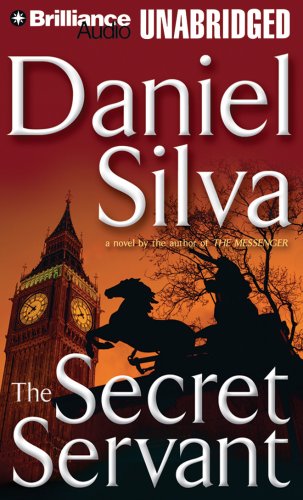 In this sequel to , Israeli intelligence officer Gabriel Allon scours the world to find the kidnapped daughter of an American ambassador. Silva capitalizes on current affairs by focusing his thriller on the machinations of European-born Islamic terrorists. Gigante does as skillful a job performing the myriad accents and languages–American, British, Danish, Dutch, German and Egyptian. He even modulates the English accents of the Arab terrorists to reflect whether or not they were born in Europe. When Silva places men and women from various cultures in the same room to converse or argue, Gigante slips from one voice to another without missing a beat. Gigante's performance is as fast-paced as the novel. He also artfully uses his vocal skills to delve into Gabriel's complex character—calm, tough and indestructible but also artistic, sentimental and romantic. This excellent matchup between reader and author makes this a chilling and riveting listen and one of the best audio productions of the year.