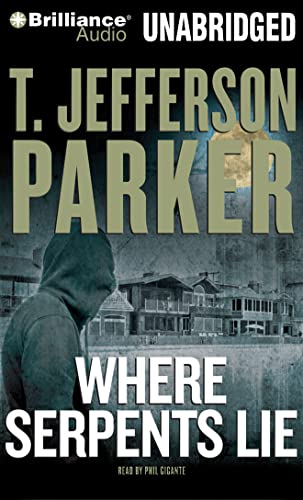 Written a decade ago, Parker's tale of an alcoholic, self-destructive cop and his obsessive hunt for a child molester known as the Horridus is an example of the author at his darkest. Tormented lawman Terry Naughton, suffering from the recent death of his son, is the head of Orange County's Crimes Against Youth unit. Phil Gigante begins in a surprisingly low-key manner, but, as we discover, it's fitting for the character. As Naughton's initial nonchalance gives way to despair, self-recrimination and anger, Gigante does not stint in his performance. He's just as successful in catching the moods (from slithery self-delusion to full-blown madness) of the Horridus, who divides his time between plotting his next abductions and caring for a collection of poisonous reptiles. It's a grim, riveting read made all the more chilling by Gigante's nuanced narration.