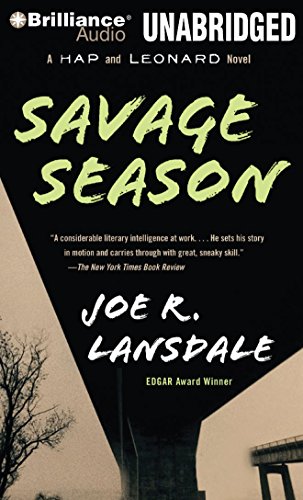 Hap and Leonard put in long days of work for little reward. When Hap’s old girlfriend Trudy struts in with a plan to make some serious money, Hap and Leonard cautiously get involved. Just as the money is acquired, Hap and Leonard quickly lose control of the situation. To survive, they need to rely upon each other and use their well-honed fighting skills against a ruthless madman. Phil Gigante’s performance is mesmerizing: he infuses this book with attitude and style, imbuing each character with a rich distinct voice that resonates well with each personality. His narration is crisp and smooth, with a good distribution of tension according to the given scene. His sole weakness is that sometimes his character voices carry over into the narration causing momentary confusion for listeners.