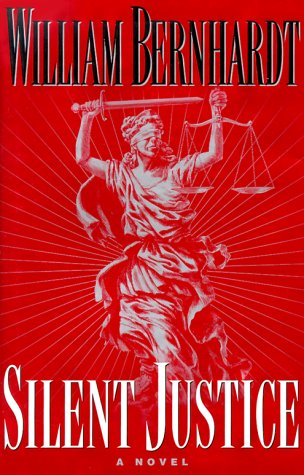 Ninth in Bernhardt's popular series (Primary Justice; Perfect Justice) starring crusading Tulsa attorney Ben Kincaid, this thriller mines the same territory covered by the film A Civil Action and Jonathan Harr's bestseller on which it was based. Kincaid appears in the John Travolta role, representing a group of suburban families whose children have died of leukemia, apparently from drinking well water polluted by toxic waste from the greedy Blaylock Industrial Machinery Corporation. Blaylock is predictably represented by an unscrupulous, high-powered attorney who knows all about his client's culpability, but chooses to rely on his personal relationship with a corrupt judge to derail justice. Kincaid, who has no vices and apparently no sex drive, is beset with increasing financial woes and relies professionally on his trusty and lovely assistant, law student Christina McCall, a woman so fashion-conscious that she goes yachting in spike heels. The counterplot involves an intrepid serial killer who is systematically torturing and murdering people who serve many different functions at the Blaylock plant; the killer is attempting to secure some ""merchandise,"" although as the conspiracy unravels it's not entirely clear why these murders are necessary. Justice winds up prevailing, but it isn't exactly ""silent""; rather, the verdict is delivered with a loud bang. The parallel plots only touch when the author forces them together at the end, and the connection is, at best, strained coincidence. In spite of Bernhardt's clear homage to Harr's book and the film, this novel does offer some fresh, often witty dialogue, but is overall a derivative effort from a talented writer. 5-city author tour. (Feb.)
close
Details