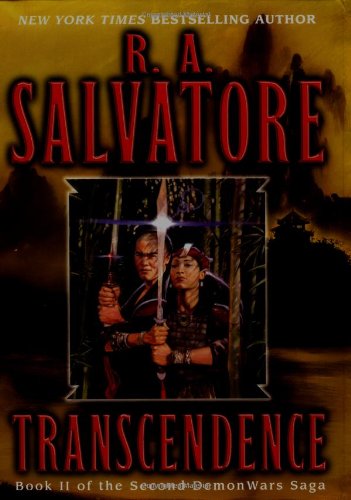 Following 2001's , bestseller Salvatore continues his Second DemonWars Saga with a thoughtful look at the making of a war leader. Brynn Dharielle, elf-trained ranger and onetime schoolmate of Aydrian Wyndon, seeks to liberate her homeland, To-gai, from the invading theocrats of Behren—the priests of Yatol and their elite troops, the Chezhou-Lei. But a cause being just doesn't make it easily attainable. Brynn must wage war, and in the process she must answer the probing questions of Pagonel, the Jhesta Tu mystic, who asks what the price of freedom really is. Having brought the dragon Agradeleous out of its lair, she has to promise it sport in the form of destroying Behrenese settlements. When she attacks the cities of Behren, she must decide whether to spare or to spoil their land as they have pillaged To-gai. The author displays a deeper understanding of motivation and emotional development than most commercial fantasists. From a simple warrior, Brynn becomes a skilled negotiator, making compromises to turn former enemies into future allies. Her actions are portrayed within the greater context of Salvatore's world, where warfare blends into politics, politics into religion, religion into morality. At the end, the nomadic To-gai-ru win not by arms alone but by Brynn playing the internal divisions of Behren against themselves. Because Salvatore expands the internal lives of his characters beyond the usual questlike narrative, his book gains a welcome bit of depth.

forthcoming Star Wars: The Attack of the Clones