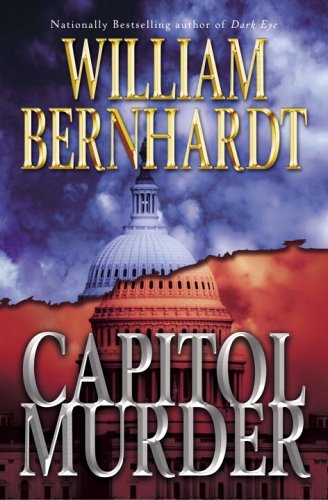 In Bernhardt's somewhat predictable 14th thriller to feature ace Oklahoma trial lawyer Ben Kincaid (after 2004's ), Ben goes to Washington, D.C., to defend his home state's senior senator on a murder charge. Sen. Todd K. Glancy, a former law school colleague who later became "a successful and fabulously wealthy oil magnate" (a fact Ben's mother never lets her son forget), has been caught on video in flagrante with a much younger intern. Soon after the video is shown endlessly on television, the young woman is found dead in a tunnel leading from the Capitol to the Senate offices, and Glancy is charged with her ritual murder. Worst of all, Ben begins to distrust his own client, though dropping the case would be a political and financial disaster. The author has obviously had fun with his research, letting Ben and his team wander around the seats of power, making observations that range from the ironic to the openly gung-ho touristy. If Bernhardt occasionally makes Margaret Truman's books look shrewd and sardonic by comparison, his zeal should please his loyal readers.