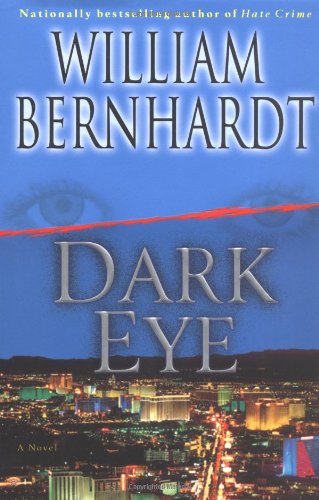 An alcoholic Sin City police profiler goes in hot pursuit of a demented serial killer with an unusual fixation in Bernhardt's ( ) lengthy, serpentine thriller. Intuitive cop Susan Pulaski emerges from six days in rehab to find herself fired from the force, her house foreclosed and her niece, Rachel, moved to a foster home. Not even best friend Lisa can prevent Susan from booze binges, but news of heinous local murders sobers her up enough to beg for another chance with the force. Las Vegas PD Chief O'Bannon knows Susan's abilities and temporarily re-employs her, and Darcy, the chief's autistic 26-year-old son, insinuates himself onto the case as well, since the killer leaves behind cryptic notes that only Darcy can decipher. The killer, who believes himself a combination of Edgar Allan Poe and Jesus Christ, poses his victims in scenes from Poe stories, just waiting for some revelatory Judgment Day. After more graphically violent murders, the psycho pivots his dark interest toward Susan in increasingly apocalyptic visions. Once he captures her, who will save the day? As Bernhardt's grisly, unruly plot spirals along, the book's length and its weary, co-dependent heroine drag it down. There are plenty of terrific suspense scenes, but the novel doesn't stand up to Bernhardt's Ben Kincaid/courtroom drama predecessors.